Winter In The Laurel Highlands

When the weather cools off, the cool head to Somerset, PA.  Nestled in the heart of the Laurel Highlands, Somerset is surrounded by an abundance of winter activities.  Whether you are a skier, snowboarder, a snowmobile or snowshoe enthusiast, we've got it all.  When you spend winter in Pennsylvania, you are surrounded by some of the most beautiful country in the US.  Never mind Colorado, us east-coasters have brilliant slopes and plenty of challenges right here in our backyard.  Spend your days in the snow and warm up at night at Comfort Inn, Somerset. 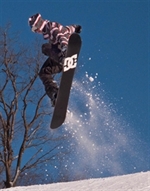 Located in Seven Springs, PA, only 15 miles from Comfort Inn Somerset, Seven Springs Mountain Resort is the perfect place to ski Pennsylvania. Widely acknowledged as some of the finest skiing and snowboarding that Pennsylvania has to offer, Seven Springs also features a variety of dining options that range from fresh unique creations at Helen’s Restaurant to the variety of delicious buffets offered at the Slopeside Dining Room. Conveniently located just off the Pennsylvania Turnpike, within 200 miles of Pittsburgh, Washington, D.C., Baltimore, Cleveland and Columbus, the slopes are just the beginning of the fun at this exciting resort surrounded by state forests. They also have the Screaming Hawk Zipline, the exhilaration of sporting clays, the stunning beauty and challenge of its mountaintop golf course, and the ultimate in relaxation at the luxurious Trillium Spa. 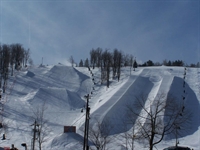 Only 12 miles from Comfort Inn Somerset is Hidden Valley Resort. Featuring a good mix of beginner, intermediate and advanced slopes, this facility also specializes in teaching kids to ski. Hidden Valley is one of the Mid-Atlantic's most popular family ski resorts and the fifth largest ski resort in the state of Pennsylvania. in addition to more than 100 acres of snow play designed to give skiers of all ability levels a wide range of skiing opportunities, it also features a snowboarders half pipe, snow tubing, and cross country skiing.

Nestled in Laurel Mountain State Park, Laurel Mountain Ski Resort is an iconic and revered skiers’ mountain located in Ligonier, PA. Not only does Laurel Mountain boast the highest vertical drop on the Laurel Ridge in Pennsylvania at 761 feet, the mountain is famous for its double diamond Lower Wildcat Slope, the steepest in the state which averages near 60% slope. Lower Wildcat is a breathtaking run that, for the avid skier, simply must be taken.

Laurel Mountain’s distinct character is the result of a rich history. The slopes were originally designed by European skiing legend Johann “Hannes” Schneider, the renowned Austrian ski guide and inventor of the Arlberg Method, the basis of modern alpine ski technique. The resort opened in 1940, just before the U.S. entered World War II, and some of the original structures, including the storied Midway Cabin, still stand on the property. Once an exclusive club for the most prestigious residents of Pennsylvania, Laurel Mountain was gifted to the commonwealth in 1964 and is now a winter playground for everyone. 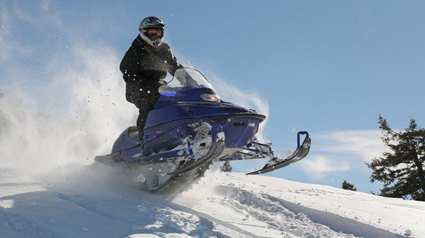 Laurel Hill State Park has a 10 mile snowmobile trail system in the park that connects to 60 miles of trails in Forbes State Forest.  Laurel Hill Lake is open for ice fishing and ice boating. It also has 20 miles of trails open to cross-country skiing.

The park’s elevation and heavy snow falls creates prime conditions for cross country skiing. Park staff set track on 1.5 miles of ski trail. The trail is classified as easiest and is popular with beginners to experienced skiers. 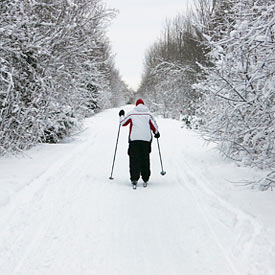 The Nordic Ski Concession off of Rt. 653 is a major destination for cross country skiers in the winter. Winter is spectacular when the park is covered in a deep blanket of snow and the occasional great horned owl calls through the moon-lit forest. Visit Laurel Ridge State Park. 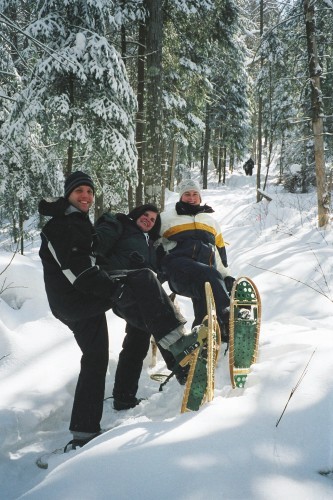 Save on Your Stay From discounts for government employees to AARP and AAA discounts
Play While You Stay Hit the greens in the beautiful Laurel Highlands while staying at the Comfort Inn, Somerset PA
Honor our unlikely American heroes Celebrate the lives of the brave Americans on Flight 93